A number of our allies are involved in the A Better Path Coalition, and we’re pleased to publicize and support this event at

Franklin Kury, author of the environmental Rights amendment to the Pennsylvania Constitution, (Article 1, Section 27), and Maya K. van Rossum, Delaware Riverkeeper, and author of the new book The Green Amendment, will join other speakers in a panel discussion.

Get a flier by A Better Path with this event (Sunday, January 27) and a rally and petition delivery  at the Capitol on Monday, January 28:

§ 27.  Natural resources and the public estate.

The people have a right to clean air, pure water, and to the preservation of the natural, scenic, historic and esthetic values of the environment. Pennsylvania’s public natural resources are the common property of all the people, including generations yet to come. As trustee of these resources, the Commonwealth shall conserve and maintain them for the benefit of all the people.

This documentary aired on WITF, and includes both feature speakers

Please join neighbors and friends on

for an informal conversation with Dr. Katharine Hayhoe.  All members of the public are invited, knowing this event will specifically make space for faith-rooted Q and A.  This conversation is co-sponsored by PA IPL and the local chapter of Citizen’s Climate Lobby, and is generously hosted by member congregation UBBC.

NOTE: Dr. Hayhoe will be in town for a larger, secular event on the PSU campus on Thursday, November 15 (talk 4:00-5:30, reception 5:45-7:00 — both free and open to community members, but reservations required for those PSU events).

As a person of faith herself (and as the spouse of a well-known pastor), she has carved out time in her visit specifically for faith-rooted conversation with community members.

Why set aside time on a busy Friday to come? Dr. Hayhoe is known as a communicator. A renowned atmospheric scientist and a member of the faculty of Texas Tech University, where she serves as a Professor of Public Administration and Director of the Science Center, Dr. Hayhoe shines in conversation with diverse groups, including people who know just a bit, as well as students and colleagues in her field. In the classroom, in interviews, and in testimony to Congress, Dr. Hayhoe consistently models respectful dialogue about a challenging (and too often contentious) issue.

Dr. Hayhoe’s list of credentials is extraordinary. Notably, it includes serving as an advisor for the Citizen’s Climate Lobby, the Evangelical Environmental Network, the Energy and Enterprise Initiative, and RepublicEN, as well as the International Women’s Earth and Climate Initiative. In order to make sure the research gets to the stakeholders who can act on it in a timely way (like non-profits, industry, and government) she founded the climate consulting group ATMOS Research.

Dr. Hayhoe is author, with her husband the Rev. Andrew Farley, of A Climate for Change: Global Warming Facts for Faith-Based Decisions, as well as the YouTube series Global Weirding, though she may be best recognized for her appearance in the Showtime series Years of Living Dangerously.

If you are a faith leader and are interested in additional conversation, please contact us; there is a specific opportunity for clergy and other faith leaders.

On first Tuesdays, PA IPL member congregation the Unitarian Church of Harrisburg hosts a speaker series entitled Journey to Justice.  April’s speaker will be one of their own members, Josh Hooper.  The public is always invited.  Programs that intersect with climate justice are also posted here.

Josh is the Executive Director of the Pennsylvania Environmental Resource Consortium, an alliance of Pennsylvania colleges and universities working on contributing to a more sustainable environment — both on campus, and in the larger world.  Josh was trained with former Vice President Al Gore in Pittsburgh last fall, and is a certified member of the Climate Reality Leadership Corps.

Come hear the latest news about the climate threat and the good news about what is already starting to happen in response to climate change.

Mitch Hescox leads the Evangelical Environmental Network (EEN), the largest evangelical group dedicated to creation care.  He has testified before Congress, spoken at the White House, and is frequently quoted in the national press.  Prior to EEN, he pastored a church for 18 years and worked in the coal industry.

** Please note: registration for this event closes at 12:00 noon on Thursday, April 20. If you miss the window for online registration, not to worry! You can register at the door.

This event is offered by our friends at the Green Building Alliance, Pittsburgh

At the age of 27, Dr. John Francis stopped talking. A few months prior, an oil spill prompted John to stop using motorized vehicles, and his quiet act of defiance set his town into a roaring debate. In the clashing of voices, John lost his own, and took the next 17 years (no, that’s not a typo!) to simply listen, and walk. His feet traveled through Venezuela, Brazil, Bolivia, Argentina, and the US, and eventually came upon the beating heart of environmentalism. More than 20,000 miles and a doctorate later, this Planetwalker has devoted his life to civic engagement and sustainability, and understands preservation as the interplay of human rights, gender, race and economic equality.  Join us as we experience Dr. Francis’ Planetwalk firsthand, and gain perspectives from Khalif Ali (Pittsburgh Foundation), Evaine K. Sing (GTECH), Joan Haley (Pittsburgh Schweitzer Fellows) and Jason Beery (UrbanKind Institute) about civic conversation in Pittsburgh.  We’ll even flex our own public dialogue skills at the end.

6:15-7:00 – Facilitated Dialogue with Presenters and Audience

More About Our Speakers: 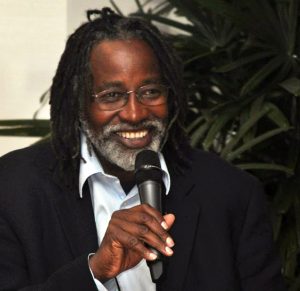 Dr. John Francis traveled by foot for 22 years, and spent 17 of those completely silent.  When John was 26 years old, an oil tanker collision prompted him to give up motorized vehicles, a decision which spurred so many arguments that by 27, he decided to stop talking.  During the two decades when he became the Planetwalker, John earned a Bachelor’s, Master’s, and doctorate, all while spreading a silent message of sustainability and social justice with his banjo. He founded the Planetwalk Foundation in 1982, and upon breaking his silence on Earth Day in 1990, Dr. Francis dedicated his life to creating conversation.

After ending his silence in 1990, Dr. Francis has spent his subsequent years carrying that same message across the country.

Here are some ways he has shared his message: 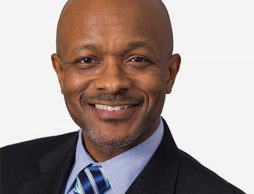 Khalif is the Director of Public Policy and Advocacy at The Pittsburgh Foundation. In partnership with residents, grassroots activists and political leaders, Khalif works to craft and advance a policy and advocacy agenda for the Foundation. He has a graduate degree in social work from the University of Pittsburgh with a concentration in community organizing. When he’s not at the Foundation, you might find him volunteering with the Reaching Back Program or coaching male Pittsburgh Public School students in health, wellness, nutrition, exercise and meditation. 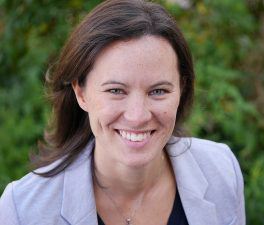 Evaine is the Executive Director of GTECH Strategies, which mobilizes residents, policy-makers, and like-minded organizations to transform vacant spaces into thriving places across Allegheny County. She is a registered landscape architect with a background in public policy and economic development. She has worked to engage individuals to implement creative, sustainable solutions that can lead to larger changes in their neighborhoods. Evaine has also worked with partners at the policy and decision-making level to ensure pathways for change exist.

Joan is the Executive Director of the Pittsburgh Schweitzer Fellows Program and the former Clinical Director of Southwest Pennsylvania Area Health Education Center. With more than thirty years working in the non-profit sector in the fields of management, adult education, training and development, she has taught leadership training and strategic planning to professionals and volunteers and is an experienced curriculum writer and fundraiser. Joan received a Master’s degree from the University of Pittsburgh in Adult Education and Training. 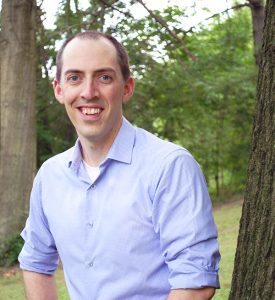 Jason is the Senior Research and Policy Analyst at UrbanKind Institute. Trained as a geographer, he examines spatial difference from a holistic, intersectional perspective, blending political, economic, environmental, legal, and health issues with race, gender, and class. Jason focuses on a variety of areas, including environmental justice, community development, food systems, transportation, and housing. Jason received his PhD in Geography from the University of Manchester (UK), his M.S. in Geography from Penn State, and his B.A. in International Studies from Johns Hopkins University.  His research has been published in Political Geography, Geoforum, and elsewhere.

Todd Wynward, a Board member of New Mexico IPL, and author of Rewilding the Way: Break Free to Follow an Untamed God will be in Pennsylvania to lead the Winter Peace Retreat for the Franconia Mennonite Conference.  The retreat  has been opened to members and friends of PA Interfaith Power & Light of all faith traditions (event page here)

A Feast of Courage in the Heart of Winter: Catch some vision! Be inspired and provoked as Todd Wynward shares modern-day examples of communities practicing creative resistance, everyday courage, and prophetic Imagination.

When he’s not rewilding Christianity, Todd Wynward spends his time reinventing public education and re-imagining the American way of life, starting with his own. Todd has been engaged in experiential education and social change movements for twenty years. He is co-founder of a wilderness-based public charter school, leads backpacking and river trips for adult seekers, and is an animating force behind TiLT, an intentional life-change movement in Taos, New Mexico. Todd is married with one son.