Crossposted from Points of Inflection by John Roe

Hope long deferred makes sick the heart; but a Desire fulfilled is a tree of life.

These words are from the book of Proverbs,  though when I read them I always hear echoes of the English mystic Thomas Traherne.  They remind us, as Traherne does, of the centrality of longing to authentic humanity.  Who we are is constituted, as much as anything, by what we deeply desire; and disordered, unattainable desire leads to a heart sickness that cannot be cured.

END_OF_DOCUMENT_TOKEN_TO_BE_REPLACED

I mentioned in an earlier post that I am privileged to lead an adult education class at State College Presbyterian Church in a couple of weeks, on the topic of “Caring for Creation with Pope Francis”.

Together with Matt Carlson from St Paul’s Methodist and John Brockopp from Grace Lutheran, we’re planning a small group study for those who would like to explore the message of Francis’ encyclical in greater depth.  The plan is to meet for a limited number of sessions (six; one for each chapter of the encyclical) at 2-week intervals from late September to early December – finishing around the time that the crucial COP21 climate summit gets underway in Paris.

If you live in the State College area and are interested in taking part, you can sign up through Google Forms and we will get back to you.

Image from the Catholic publication Our Sunday Visitor

(Crossposted from Points of Inflection by John Roe)

In this series of posts I have been blogging chapter by chapter through Pope Francis’ encyclical “on the care of our common home”, Laudato si.  We’ve now arrived at the fifth chapter, which begins, “So far I have attempted to take stock of our present situation… [Now I will] try to outline the major paths of dialogue which can help us escape the spiral of self-destruction which currently engulfs us.”

The activist might read this as suggesting that the Pope is finally getting to the point!  After all the theological talk, time for some action!  But that would miss one of the central ideas of Laudato si, namely, that how we respond to environmental crisis is, ultimately, a function of how we see and celebrate creation.  I nearly wrote, how we think about creation, but that is too cerebral.  What lies behind activism (according to the Pope) is not just a way of thinking, but a way of allowing creation to impact our lives – to be seen – which is itself part of a personal relationship.

END_OF_DOCUMENT_TOKEN_TO_BE_REPLACED 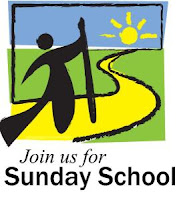 That’s the title of an adult Sunday school class that I’ll be facilitating on September 20th (just before the Pope arrives in the USA) to introduce the message of the Encyclical  (On Care for our Common Home)  and the way our Christian tradition summons us to environmental stewardship.  If there’s interest, I can also offer some small group sessions to follow up.

For those in State College who might want to attend, here are the details:

Generously reposted from Points of Inflection, by PA IPL board member John Roe.  Follow the list of links to more of his reflections.

I’ve been reading the Papal Encyclical on the environment – or rather, as Pope Francis calls it, “on care for our common home”.  I have never tried to read a papal letter before so I did not know what to expect.  It’s certainly a lengthy document – and wide-ranging!  Perhaps a quick tour through the table of contents will be a place to start.

The Pope begins with the most wide-ranging appeal, set in the context of his predecessors, of the Patriarch of the Eastern Church, of Saint Francis, and of the whole human family in its “common home”:

I urgently appeal, then, for a new dialogue about how we are shaping the future of our planet. We need a conversation which includes everyone, since the environmental challenge we are undergoing, and its human roots, concern and affect us all.

END_OF_DOCUMENT_TOKEN_TO_BE_REPLACED

It’s been a while, but the video of my presentation at TEDx has finally been officially released.  You should be able to click it in the window above, or follow this link to YouTube.

I am really grateful to all the TEDx crew who helped put this together and especially to Katie Kirsch who produced the wonderful visuals.

The Science paper that I refer to is