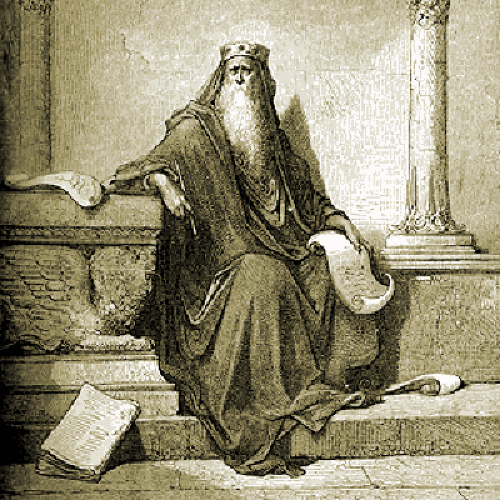 I’ve just finished rereading the book of Ecclesiastes.  Through a series of translations and semantic shifts, that is what Christians have come to call the decidedly un-ecclesiastical document whose principal figure is (the?) “qohelet” – the “one who assembles” or “calls together”.  Is “Qohelet” a proper name or a job description? Does he “call together” a meeting or a collection of proverbs?  Is the book a reflection of wisdom and piety or of cognitive dissonance?  All of these questions are very much live ones, and none of them are very “churchy”.

“Vanity of vanities, all is vanity” begins the book, according to the ESV translation.  (The NIV, similarly, has “Meaningless! Meaningless!”).   These translations render the Hebrew hebel, whose literal meaning is “a puff of air”, “a breath” or “a vapor” (I owe much of this discussion to Kathleen Farmer’s book in the International Theological Commentary series).  Farmer points out

Metaphors are intentionally provocative figures of speech which can be understood in quite different ways.  For instance in Luke 13:20-21, 1 Cor 5:6-7 “leaven” is used as a metaphor for both good influence and bad.  It is possible then that hebel (meaning a puff of air) might be understood in either a positive or a negative sense.  Most translators [though] obscure the metaphorical nature of the original statement and replace the concrete, nonjudgmental phrase (“breath” or “a puff of air”) with various abstract terms . . . When we look closely at the ways in which the word is used in other parts of the OT, it becomes clear that the essential quality to which hebel refers is lack of permanence rather than lack of worth or value.  A breath, after all, is of considerable value to the one who breathes it.  However, it is not something one can hang on to for long.  It is airlike, fleeting, transitory and elusive rather than meaningless…

While this perspective certainly doesn’t resolve all the puzzles that Qohelet sets his readers, I found it very helpful. It seems to me that the translations criticized by Farmer may have imported into the text the rather foreign idea that nothing can be truly valuable unless it is eternal, contrary to some parts of the book itself which encourage us to celebrate and honor life despite its fleeting nature.

Which brings me to “sustainability”.   Think about the famous definition from the Brundtland Report

…meeting the needs of the present generation without compromising the ability of future generations to meet their own needs.

In its frank acknowledgment of the succession of generations, the language here agrees with Qohelet that each individual human life is hebel.  But what about the life of the human race (or perhaps of “our civilization”) as a whole?  One way of reading the word “sustainability” is that though our individual lives are “fleeting”, it is of supreme moral importance to ensure that the life of humanity as a whole is endless.  Is that the only way to understand it? Is that a faith-full interpretation?

Indeed, it is consistently the villains in Lewis’ fiction who are obsessed with racial immortality (think of Queen Jadis, or of the space-traveling Professor Weston, or the sinister overlords of the N.I.C.E.) I think that as believers we may need a subtler definition of “sustainability” than “humanity going on for ever”… one which recognizes our duties to future generations even while acknowledging that all life “under the sun” is hebel – fleeting, mysterious, sometimes tragic, but also laden with joy and value.